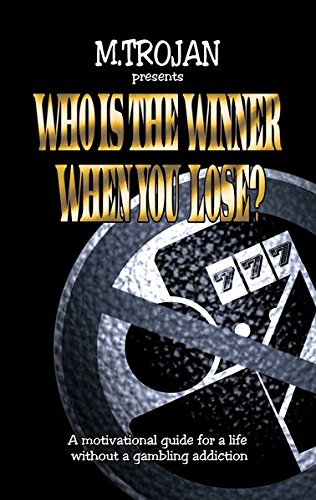 No jackpot at the slot-machine could have come in any way near to balancing the debt. Our senses are deceived by greed, the kick, and longing. Learn to deal with your addiction using targeted advice, tips and specifically developed questioning techniques. The new specifically developed methods will make the gambler scrutinize his addiction critically and he will finally be convinced to turn his back on it.
The German counselor for gambling addiction, blogger and author M. Trojan, aka John Valcone is deemed to be the most authentic addiction counselor among gamblers in Germany, Austria and Switzerland because he developed his own addiction withdrawal methods as a result of having been affected himself. He acts in the background – disguised and anonymous. He was born in Bavaria and was confronted with the rising gambling industry at an early age. He became completely addicted and succeeded to withdraw many years later. After considering suicide and suffering from serious depressions, the author has accomplished an incredible success to date. He wrote a book about his self-destructive life and since the first day of publication he was able to reach out to innumerable gamblers. From the addiction to becoming an addiction expert. With his polemical and polarizing texts, the ex-gambler lends a voice to gamblers all over the world.